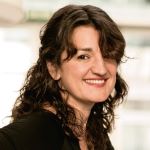 MD, PhD, is a Child and Perinatal Psychiatrist, researcher, writer and mother of three. She is a co-founder of El Parto Es Nuestro (“Birth is Ours,”) and ApoyoCesareas (“Cesarean Support”) as well as a 20+ year member of Via Lactea, Spain ́s oldest breastfeeding support group. For 19 years Dr. Olza worked as a Child psychiatrist in the Spanish public healthcare system, and in 2009 she started the first perinatal psychiatry program in Madrid and became a member of Marcé Society. In 2014 Dr. Olza began to develop the Perinatal Mental Health Online Training Program at Terra Mater, which in 2017 transformed into the European Institute of Perinatal Mental Health. Dr. Olza is currently working as an associate professor at Alcalá University Faculty of Medicine and directing the Institute. In 2017, she published her fifth book, the ground-breakingParir (“Birth”). Other book titles include “Lactivista”, “Nacer por cesárea” and “Hermanos de leche”, a children´s book about extended breastfeeding and human milk banks. She is an activist for mother´s and babies human rights in childbirth and breastfeeding. 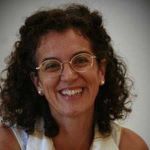 Since 2005 she works as a lactation consultant in private practice, as well as lecturing about breastfeeding to health care professionals and is author of multiple research papers. 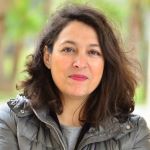 Doctor in Social and Cultural Anthropology. BSc in History and Geography, specializing in Prehistory and Archeology. Author of two books, “Etnopediatría: infancia, biología y cultura” (Etnopediatrics: childhood, biology and culture)   (2017) and “Redes de maternidad e infancia” (Mothering and Childhood Networks) (2018). She is European delegate of the Independent Council for the Protection of Childhood and a collaborator, as external expert, for the National Scientific Investigation and Technology Investigation Committee of Chile project evaluation. She is mother of two children. 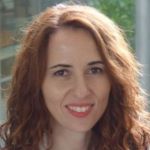 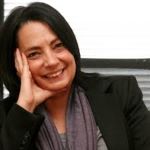 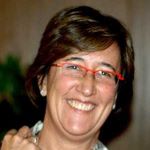 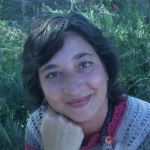 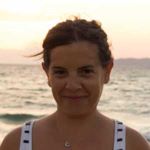 Mother and doula. After the intrauterine death of her daughter Luna, she collaborates with the perinatal grief support Association Umamanita. She is the author of Para Luna – escritos de amor y de muerte (For Luna – words of love and death). She writes for the online journals Mirar al Cielo and Still Standing. She has the privilege of sharing the path of pernatal loss and grief with mothers and fathers who have lost (or are expected to loose) their babies. Breastfeeding counsellor, support group facilitator and activist. 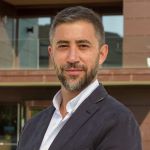 Clinical psychologist and perinatal therapist. Founder of the initiave #siloshombreshablasen (if men spoke), with the objective of generating caring fatherhoods and an egalitarian masculinity.  Co-author of the books “Hombres, Padres y un hijo” (Men, Fathers and a Son) and “Papiconcilia” (Daddy conciliates). Speaker and activist against chauvinism and gender violence, member of AHIGE (Men Association for Gender Equality). 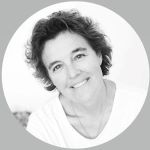 PhD in Biological Sciences (University of Barcelona. Barcelona. Spain) and Master in Social Research in Scientific Communication (International University of Valencia. Valencia. Spain). After 8 years dedicated to cardiovascular research at the Centro de Investigación Cardiovascular, IIBB/CSIC-Instituto de Investigación, Hospital de la Santa Cruz y San Pablo, Barcelona (at present, Centro de Investigación Cardiovascular – CSIC – ICCC) a research fellowship took her to Switzerland where she worked four years as a postdoctoral researcher in the Cardiovascular Research group at the Institute of Physiology, University of Zurich. She is currently dedicated to the study, research and teaching of infant sleep and breastfeeding, takes part of the breastfeeding research group at the Universidad Nacional de Educación a Distancia (UNED), she is author of the book ¡Dulces Sueños! (Alianza 2016), as well as numerous popular science articles about primal health, breastfeeding and infant sleep, co-author of Una Nueva Maternidad (Obstare 2012) and creator of the blog Reeducando a Mamá. 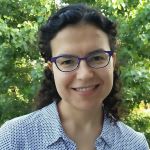 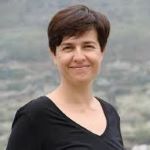 Inma has been supporting mothers and their babies for more than 14 years. She has acted as a teacher in numerous lactation courses and lectured in important forums such as the Spanish Breastfeeding Congress or GOLD Lactation Conferences. Inma holds a Master in Paediatric Nutrition, she is LLL leader since 2005, IBCLC since 2011 and is the current President of the Spanish IBCLC Association. 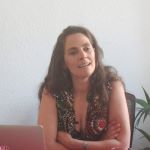