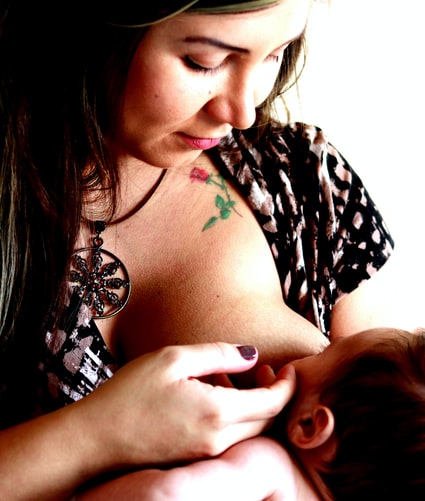 Many bioactive factors are present in human milk, including immune factors and hormones. These factors contribute to optimal infant health and development. The immune factors in human milk complement the infant’s immature immune system. Also, recent studies show that levels of the stress hormone cortisol in mother´s milk may be a way to regulate behaviors in babies.

IMPORTANCE OF CORTISOL IN BREASTMILK

Distinct cortisol concentrations in human milk, associated to different levels of psychosocial distress, could influence infant outcomes through breastfeeding. In line with the Lactational Programming hypothesis (i.e. the theory that biological components of milk can affect offspring neurobiological and metabolic development and in turn behavior and phenotype), these higher cortisol concentrations may have potential implications for infant health and behavior. Milk cortisol is likely to be absorbed in the infant’s gut, enter the systemic circulation, and cross the blood-brain barrier. In the brain, cortisol can bind to glucocorticoid receptors in the limbic region, including the hippocampus and amygdala. These brain areas are involved in, amongst others, behavior and emotion regulation. Previous studies indeed suggest that exposure to higher levels of milk cortisol, together with other biologically active components and parenting behavior, may influence infant behavior. For instance, milk cortisol has been related to infant experimentally induced emotional fear reactivity, although this behavior was only observed in girls. Next to the possible effects on infant behavior, milk cortisol might also influence maturation of the infant microbiome composition.

The present study sought to shed light on the possible relations between maternal psychosocial distress, immune factors, and cortisol in human milk in the early postpartum period. The first aim was to longitudinally investigate the presence, concentrations, and potential changes over time of a relatively large panel of immune factors in human milk during the first three months postpartum.

The second aim was to identify whether maternal postnatal psychosocial distress (i.e. perceived stress due to daily hassles, general anxiety, and depressive symptoms) in a group of 51 healthy mothers was related to changes in the presence and concentration of immune factors and cortisol in human milk.

Women participating were between 26 and 40 years of age, healthy, predominantly highly educated (80%), and with an uncomplicated, full term pregnancies. Daily stress, anxiety, depressive symptoms and psychosocial distress were measured in the study group, as well as levels of immune factors and cortisol.

The immune factors IgA, IgG, IgM, EGF, TGFβ2, GROα and IL8, which were present in all milk samples and detectable in all stages of lactation, have been previously described as the “core” immune factors in human milk in healthy individuals. No significant association was found between psychosocial distress symptoms and the concentrations of immune factors in milk in this study.

However, psychosocial distress was positively associated with increased milk cortisol concentrations in this study (similar to some studies, and in disagreement with others), which highlights the importance of further investigating this and other maternal factors in relation to human milk composition, as well as the potential effects of milk bioactive factors on infant health and behavior.

When a mother is suffering stress or anxiety, it appears that the defensive properties of her breastmilk are not affected, therefore maintaining the ability to protect the infant from infections. However, cortisol levels may change, therefore sending behavioral signals to the infant, to help her adapt to the environmental situation.

Yoga, mindfulness and other psychological interventions for stress and anxiety during pregnancy