Ecopsychology and the newborn. Part III: Breastfeeding, sustainability and Eco-feminism 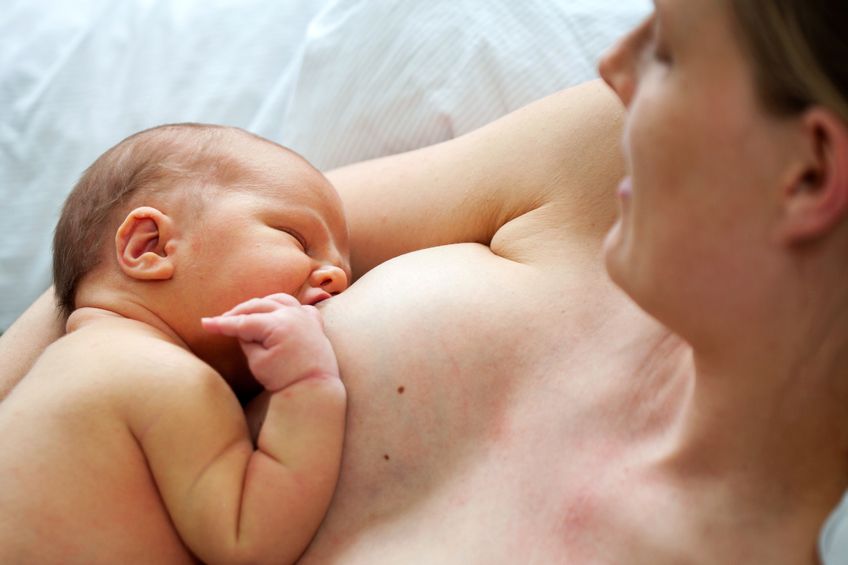 When talking about newborns and their initial environment, it is necessary to consider the ecological impact of infant feeding practices.  In 1991, an extensive review of the ecological benefits of breastfeeding was written by Andrew Radford. To summarize his findings, the simplicity, the convenience, the readiness, the total completeness, the sustainability of breastfeeding, is perfect compared to the waste, expense and degradation – both to humans and to the environment – of artificial feeding. Breast milk is a natural, renewable resource. It is a sustainable food source intended to be fed to babies: artificial baby formula is a processed, non- renewable substitute. More bottle-fed babies means more deforestation, soil erosion, pollution (including dioxins and other toxins) climatic change and wasted resources.  Breastfeeding has a positive effect by providing a renewable resource and by preventing other forms of damage to the environment in the form of increased population and wasted materials, for example, while bottle-feeding has a negative effect (Radford, 1991).

Concern has been raised regarding the presence of contaminants in mother’s milk (Mead, 2008)(Romano, 2008). In one study in an industrial area of Tarragona, it was observed that the babies who were breastfed had greater exposure to organochlorates during the first weeks of life compared to babies who were bottle-fed. But if breastfeeding was maintained for more than 16 weeks, neurological development outcomes were better than if the children had been bottle-fed (Ribas-Fito et al., 2003). Another study compared the impact of breastfeeding on cognitive development in children of the same area, compared to children from Menorca. The result was that the children who had been breastfed for more than 20 weeks showed the best outcomes, regardless of the intrawomb exposure to DDT. Breastfeeding improved cognitive outcomes independently of the concentration of contaminants at birth(Ribas-Fito, Julvez, Torrent, Grimalt, & Sunyer, 2007).  Another study in the Netherlands showed that prenatal exposure to PCBs does have subtle negative effects on neurological and cognitive development of the child up to school-age. But breastfeeding counteracts the adverse developmental effects of PCBs and dioxins (Boersma & Lanting, 2000).  The literature to date supports the idea that the benefits of breastfeeding generally outweigh the hazards posed by infant exposure to POPs (persistent organic pollutants) in human milk (Julvez et al., 2007). Certain factors in the production of human milk, and in the milk itself, immunological and other, may mediate the potential harm of the ambient pollution (Mead, 2008).

Unfortunately, only a minority of children in western countries are exclusively breastfed for the first six months of life, and even less continue to receive their mother’s milk along with other foods until two years or more. There are economic interests behind the promotion of bottle-feeding on behalf of pharmaceutical industries. The WHO/UNICEF International Code of Marketing was promoted to prohibit commercial practices to protect mothers and babies from unethical and aggressive company practices and to help save the lives of the infants who die every year because they are bottle fed, but a natural consequence of its successful implementation would be considerable ecological benefits.

Mother to mother breastfeeding support started in the United States in 1956 with La Leche League and since then similar groups have been founded all around the world. Breastfeeding support groups do create a community space for mothers to reconnect with their instincts and they often relate to other eco-feminist groups (Blazquez, 2004). The emotional support these groups offer to breastfeeding women should be considered as a powerful eco-therapy tool and resource. Breastfeeding and postpartum groups can be a very powerful therapeutic tool in the prevention and treatment of postpartum depression in an ecologically sustainable manner (Tripathy et al., 2010).

The loss of breastfeeding is often caused by misinformation from health care practitioners and lack of support. Many women do experience profound grief reactions if they fail to breastfeed. Understanding the deep implications breastfeeding has from an ecological perspective and for attachment should help eco-psychologists support mothers. Praising the ones who succeed, and recognising the grief of the many who failed, even though they tried hard, is important. When mothers fail to breastfeed and opt for artificial feeding they may experience intense guilt for not being able to feed their children with nature’s best, and may also feel guilty about the environmental consequences of bottle-feeding. When mothers are recommended not to breastfeed (as happens when the mother is HIV positive) giving the bottle in ways that mimic breastfeeding should always be recommended. For example, giving the bottle in close body contact, ideally skin-to-skin, and other practices such as infant massage, co-sleeping, and nurturing on demand, have all proven to increase maternal infant synchrony and therefore can mimic breastfeeding benefits.

One of the most significant factors influencing the decision to bottle-feed appears to be a desire for paternal involvement (Earle, 2000). The role of paternal involvement in baby feeding decisions also needs to be acknowledged and men need to be included in breast-feeding promotion campaigns.  Teaching fathers how to prevent and to manage the most common lactation difficulties is associated with higher rates of full breastfeeding at 6 months (Pisacane, Continisio, Aldinucci, D’Amora, & Continisio, 2005).

The impact fathers can have on the development of nature attachment deserves further attention. Fathering continues to be underrepresented in child development literature in general, from developmental psychology through pediatrics and nursing to psychopathology. Researchers have observed neuro-hormonal changes in new fathers brains similar to those experienced by new mothers and those changes are directly related to the time the fathers have spent with their infants (Pruett, 1998).  More research is needed to understand the effects of close skin-to-skin contact between fathers and babies and the differential roles parents can play in attachment development.

Pediatrician Kyle Pruett made one very interesting observation in a longitudinal follow-up study of infants raised primarily by nurturing fathers. “Each of the 15 children had an ongoing commitment to growing, raising, or feeding something: plants (both house and garden) were watered and potted and propagated. Pets were nurtured, fed, walked, trained, and even bred. In general, they all husbanded and shepherded panoply of living things. Care giving was valued as an activity in and of itself. Competence, spiced with competitiveness with other propagators, was obvious in their care giving skills and their pride in exhibiting their “progeny.” (Pruett, 1998)”It would be important to investigate if those observations are related to a specific paternal role in the development of attachment to nature.

Implications for eco-psychology: rethinking attachment and attachment to nature.

Boersma, E. R., & Lanting, C. I. (2000). Environmental exposure to polychlorinated biphenyls (PCBs) and dioxins. consequences for longterm neurological and cognitive development of the child lactation.Advances in Experimental Medicine and Biology, 478, 271-287.

Mead, M. N. (2008). Contaminants in human milk: Weighing the risks against the benefits of breastfeeding.Environmental Health Perspectives, 116(10), A427-34.

Stern, D. N., & Bruschweiler-Stern, N. (1988). The birth of A mother: How the motherhood experience changes you foreverBasic Books, New York.