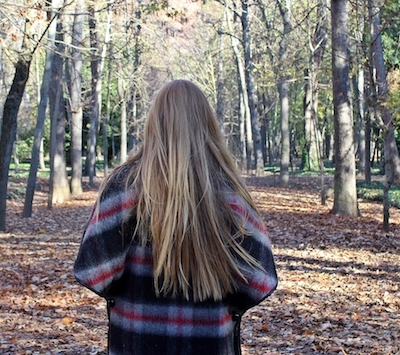 At the beginning of this year, three months after giving birth to her second child, Aurora fell to the ground from a fourth-floor balcony in the middle of an episode of puerperal psychosis.This complex disease had beaten her. It was not the first time something like this had happened.  In the postpartum after her first child, barely fifteen months earlier, she also tried to jump from a balcony.

On that occasion Aurora was hospitalized inthe psychiatric ward for several days. As a result, she was unable to continue breastfeeding her first baby and began a painful recovery. During her second pregnancy, Aurora was determined to take care of herself as much as possible.She wanted to have a natural birth and enjoy breastfeeding. Her first birth had been highly traumatic as she had been forced to have a caesarean, without any explanation as to why.

In September Aurorawroteto me:”neither my delivery nor breastfeeding were as I would have liked. After an unscheduled caesarean section due to a stalled labor delivery, a few months later I suffered an episode of postpartum psychosis. I had to be hospitalized to stabilize myself and, as a consequence, on discharge I was told that I should stop breastfeeding my son because of possible medication interference.After this stage and medicalization, I fell into a postpartum depression.Thank God, I am better now, after recovering without pharmacological treatments, and being able to put a name to what happened to me.Now, I am pregnant again, waiting for my baby to be born in the first weeks ofOctober. The safest thing now for both of us is a home birth, God willing everything goes well… “. A few days later we met briefly during the presentation of my book”Parir”(To Give Birth) in Zaragoza. I did not hear from heragain until a few weeks ago when herfatherwrote to me.

Since then I began tying up loose ends and now I understand that the woman who had died in January, leaving two children aged just 21 and 3 months, was the pregnant redhead who came to greet me after my talk. I could not stop thinking about herand her family.

I feel that, in a certain sense, I had also failed her. Aurora was a nurse specializing in mental health, and I think that, precisely because of this, I mistakenly assumed that she would have a good psychiatric follow-up during her second pregnancy and postpartum to avoid a second episode of puerperal psychosis(a pathology with a high risk of recurrence in each postpartum if left untreated). I did not ask her openly, and now I feel that if I had, I might have been able to help herfollowa treatment that could have prevented her relapse and tragic death.

I assumed that being an expert in mental health she would have known how to take care of herself; This is a mistake that I made myself during my own postpartum. As a psychiatrist I believed nobody noticed how I was feeling as I took care to hide my illness and the terrible thoughts that tormented me.  It took me years to understand that Ihad also suffered PTSD in my second and third postpartum and that with good psychiatric and psychological treatment my suffering, and its consequences, would have been reduced.

Despite everything I’ve learned since then, I made the same mistake with Aurora that others did with me, forgetting the truth behind the Spanish saying “In the blacksmith’s house they use wooden knives…”  What a pity. I think of Aurora and her absence in the lives of her loved ones, especially those babies who will grow up with little memory of their sweet mother. Aurora is another victim of the stigma that still surrounds mental illness, and even more so in the case of perinatal disorders.

There is a lack of specialised resources available to treat mothers suffering from mental illness as the possibility of mothers needing this support is rarely even considered; being a mother today has been converted into an act of heroism. Our society fails mothers and babiesindifferentways: ignores their needs; barely offers them care; judges them harshly without stopping to think about the consequences. And it’s not only ignorance or judgment, sometimes there is a real cruelty toward mothers.

I wish I could talk about all of this.I would like to honour the memory of Aurora, along with so many other women.I would like to contribute to understanding why it should be everyone’s job to take care of pregnant women and recent mothers.Talking about Aurora and writing abouther and about all of us,will be my way of trying to make what she said in that September message come true: “My intention is to be able to help anyone who wants to know more about psychopathology during the postpartum period, and if I can share my story, if you believe it to be useful, I would love to be able to help in this field as much as I can. “

Oh Aurora! So many women think more about helping others than helping themselves! I do not know you, I hardly know anything about you and your life, but I am going to try to know you.To make your wish come true – a wish I also share – I will get to know you better, delve into your history, talk with those who loved you most, and begin to understand you. Despite barely knowing you, I identify with you on so many levels.Your determination to have a natural birth led you to choose a home-birth, as the obstetricians told you that with only eighteen months between births the risk of uterine rupture was too high to try a vaginal delivery.You safely delivered your child in your matron’s house and that surely saved you a world of pain.

And who could not understand your determination to breastfeed your second child? It touches me dearly because in your only message you also told me: “My friend Bea told me about you when I was pregnant with my first baby, and she encouraged me to attend the talk you gave in 2016 about the Bioneurologyof breastfeeding. I loved the talk and it encouraged me to try even more to breastfeed my son.“ 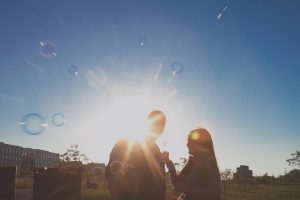 Aurora, I feel your pain.I understand the frustration you felt being unable to breastfeed your first child after your admission to hospital and because “they told me that I should stop breastfeeding my son because of possible medication interference“. Especially as the vast majority of psychotropic drugs are perfectly compatible with breastfeeding! Unfortunately, most psychiatrists know almost nothing about breastfeeding and see it as “an obstacle” to treatment. How many mothers have stopped breastfeeding for the same reasons? How many have been afraid to feed their babies, or have been in the dilemma of following their intuition and instinctover medical advice? I have treated many of these mothers, who have sought advice from me and asked for helpfromsomany places. Many managed to breastfeed without problems,even whilst taking drugs necessary to ensure their psychiatric stability.

I can imagine that painful admission to a psychiatric unit for a puerperal psychosis, separated from your baby-what a difficult recovery that must have been! Unfortunately, in our country there are still no psychiatric units where they can treat mothers with theirbabies, unlike other European countries where “Mother/BabyUnits,” or MBUs, have been a reality for decades.I imagine, and I understand that you, Aurora, would not have wanted to know anything about hospitals, delivery rooms, and psychiatrists. You chose to protect yourself in your own way from a system that did not assure you dignified and respectful treatment based on scientific evidence, but rather on misogynistic prejudices.

Oh Aurora!I do not know if it helps toimagine how different it would have been if you had had good psychiatric and psychotherapeutic follow-up in your last pregnancy and postpartum.I think of other mothers that I have met who have had that help and who have been able to enjoy postpartum despite having had terrifying experiences before.Yes,I canimagine, as you would be now, if you had been ableto have quality professional help, if you had been abletobewith your baby, knowing that both of you were going to get the help you needed…

Ten years before I met you, in October 2008, I travelled to Pittsburgh. It was the first time I went to a  Congress of the International Marcé Society.I remember well, during one of the coffee breaks, I started talking with a woman. When I askedher where she worked, her answer left me dumbfounded:“I am as urvivor of a puerperal psychosis, now I am dedicated to helping other women avoid suffering as I have”.At that time in Spain something like that was unimaginable. Firstly, it was her use of those words:”a survivor of a puerperal psychosis“, secondly, the fact that she was a “patient” at a congress of mental health professionals.That woman and our conversation that followed broke many stereotypes for me.Ten years later I think that you, Aurora, were the first woman in Spain to speak openly to me about your puerperal psychosis.How angry I am that your testimony will only come after your tragic death!

I’m sorry, Aurora. I am so very sorry.I accept your offer now.Yes, I will delve into your story; I will try to listen to those who knew you and loved you; I will collect the data, and I will try to reconstruct your last months.And, with the help of your family, your midwife and several others, I will tell your story. We are going to develop an awareness campaign to prevent puerperal psychoses.