I birth, or you make me? 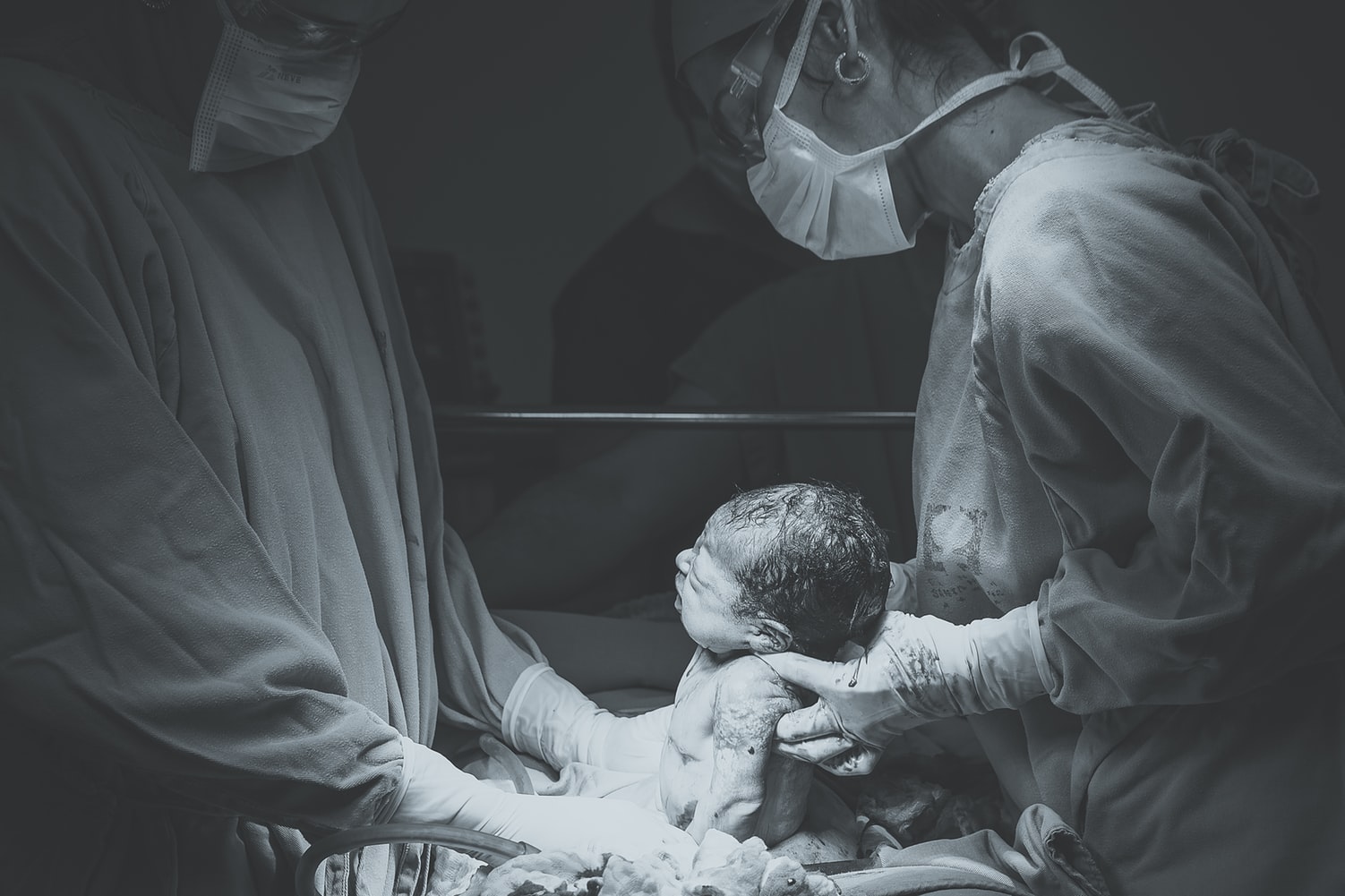 According to some sources, when a woman in Sparta (Ancient Greece) hadn’t gone into labour after nine months, other women would go to her house to berate her almost violently. They would hurl all the grievances in her face that they had kept to themselves during the pregnancy and the heated exchange usually triggered the onset of labour in the hours or days that followed, thereby avoiding the risks of a prolonged pregnancy. So, the Spanish term poner a parir (literally ‘to put to birth’ but used figuratively to indicate severe verbal abuse) may date back to the Spartan aim of rebuking a woman so strongly as to send her into labour. If this telling of history is true, it means that they were already aware of two important factors then: the risks associated with a postdates pregnancy and the effect that intense emotion can have on a pregnant woman at full term, to the point of being able to bring on the birth process.

The Real Academia Española (RAE) Spanish dictionary defines poner a parir as ‘to harshly criticise or insult’ somebody, which is interesting because it suggests that according to popular wisdom, inducing labour is something negative and painful; and with negative connotations like this, the problem with the way in which many births are assisted is made very clear.

The truth is that, in light of understanding the fine balance of neurohormonal mechanisms and complex sequence of events involved in birth, as well as an awareness of how much we still don’t know; to consider forcing the process seems absurd and dangerous to me – something that should only have to be done in exceptional circumstances, when there is a genuine medical problem. Nevertheless, this is still being done to women in most maternity units in Spain. They are ‘put to birth’ – and induction is only part of the problem. In lots of hospitals, birthing women are still placed into highly uncomfortable positions, they are put into wheelchairs or examination chairs, they are stripped down, they are put on drips, their pubic hair is shaved, they are told what they can and cannot do, they are forbidden from eating or even drinking, they are isolated in rooms alone, and they are hoisted on obstetric tables that are difficult to get down from by themselves.

Added to this, childbirth practitioners seemingly ‘do’ the births. In the hospitals I worked in, expressions such as ‘I did her delivery’ were regularly used. Or even worse, ‘I delivered that woman’. This sort of language is revealing and illustrates the extent to which women are robbed of the primary role in birth – along with their wellbeing, in many cases. Legions of mothers come out of the birth process with injuries and with no conception even of their lost opportunity to instead feel empowered and stronger. New motherhood can be very challenging and distressing following a debilitating birth and is often marked by problems with breastfeeding and bonding, depression or another mental disorder postpartum. So, this journey becomes a mammoth undertaking; rather than the easy, enjoyable and straightforward path it might be.

The problem with birth care is global. Firstly, mothers are still dying due to a lack of adequate or sufficient care in the birth process. There are an estimated 830 deaths every day, worldwide, due to preventable causes related to pregnancy or birth; with 99% of these occurring in developing countries. .Secondly, medicalisation and excessive intervention in childbirth mean that in wealthier countries, increasingly fewer mothers are emerging unharmed by birth – without stitches, cuts or wounds to the perineum or abdomen. Many enter the delivery room sound in body and mind, only to leave operated–on, wounded or suffering serious physical or psychiatric effects for years to come. Some women also die. In the United States, maternal mortality in birth is rising to a worrying extent. Between 1987 and 2011, the number of maternal deaths doubled per 100,000 live births, which is partly attributable to the disproportionately high numbers of caesarean deliveries there (with one in every three mothers having a baby this way).

Elevated caesarean rates are the most visible aspect of the birth care crisis. Ideally, they should only be performed when strictly necessary for medical reasons because they represent major abdominal surgery that can result in significant and sometimes permanent complications, disability, or even death – particularly if carried out in settings lacking facilities or the capacity to operate safely and handle complex surgery. The World Health Organisation (WHO) acknowledges that the current caesarean section rates worldwide are alarming and show no sign of dropping off. In 2014, the WHO carried out a systematic review of available studies in order to identify, critically evaluate and synthesise the correlation between caesarean rates and maternal, perinatal and neonatal outcomes (Betran et al., 2015).

A committee of international experts then convened in Geneva to assess the data from 8–9 October, 2014. Their findings included that ‘at population level, CS [caesarean section] rates higher than 10% were not associated with reductions in maternal and newborn mortality rates’ (Betran et al., 2016).

However, the WHO research did not take into account the psychological or social aspects of birth and delivery – only maternal and neonatal mortality. As caesarean mortality is less frequent in developed countries, the experts also recommended that future studies evaluate the consequences of caesareans for maternal and perinatal morbidity in the short and long term; including the psychological aspects of the mother–child relationship, the mother’s mental health, women’s ability to successfully initiate breastfeeding, and paediatric outcomes.

The figures speak for themselves. At least one in every five women worldwide have a baby by caesarean (which is a cautious estimate and the figure is probably higher). Between 1990 and 2014, global caesarean rates rose from 6.7% to 19.1%, which represents an increase of 12.4% in absolute terms (Betran et al., 2016). In Latin America, 40.5% of all births are by caesarean section and in some private clinics, more than 90% of babies are delivered by caesarean. In certain countries, like Egypt, the caesarean rates in the given time period have risen from 4.6% to 51.8% (Betran et al., 2016). The rates have gone from 4.5% to 27.8% in North Africa, while they have scarcely changed in sub–Saharan Africa (increasing from 2.3% to just 3.5%).

This inequality is also part of the problem. In some settings, it is likely that many women still have no access to a caesarean when needed, which led the WHO to point out that every effort should be made to provide caesarean sections to women in need, rather than striving to achieve a specific rate’(Betran et al., 2016). Furthermore, the WHO proposed use of the Robson criteria (that allow women to be classified into groups to facilitate reviewing reasons for caesarean section), so that meaningful comparison of the rates can be made across countries despite the disparity that still exists in the way that caesarean and birth data are recorded, which makes comparative analysis hugely difficult.

Obviously, such high caesarean rates cannot be explained by medical reasons alone. Social and cultural factors, maternal and practitioner fears, women’s life circumstances, etc. also have to be included in the analysis. The WHO has been criticising the excessive medicalisation of care in delivery and birth for years (Johanson, Newburn, & Macfarlane, 2002), though in their recent statements they have been citing abuse and maltreatment in childbirth as a global problem (Lukasse et al., 2015) – an issue that has begun to be censured under the concept of obstetric violence (Sadler et al., 2016).

Photo by Patricia Prudente on Unsplash