What is Perinatal Mental Health, and why is it important? 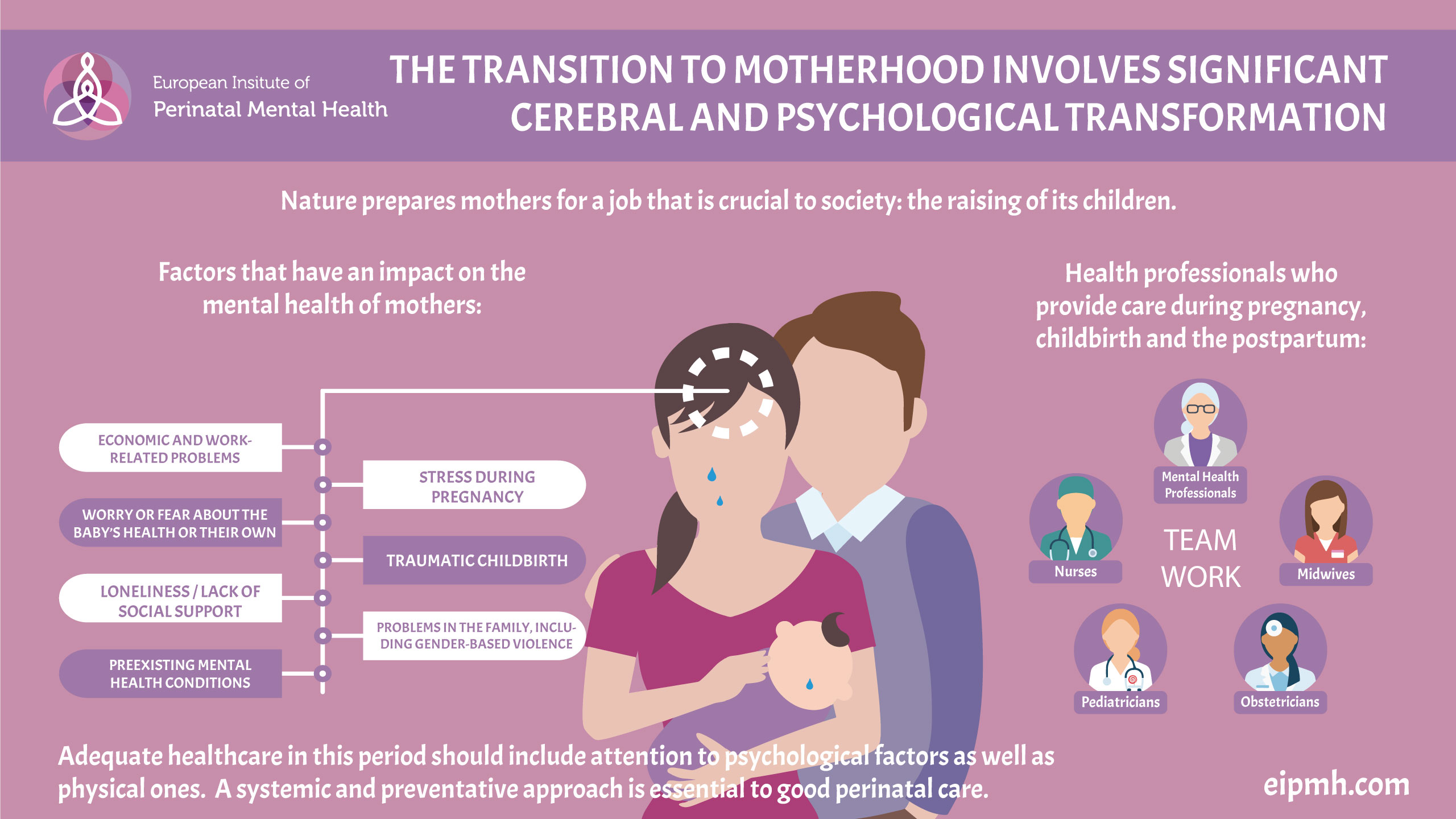 The psychiatric processes inherent in maternity and birth have been little studied, whether in the field of psychology or obstetrics. This has created a vacuum, resulting in attention to mother and baby in the perinatal period focused on the physical and medical aspects of maternity, and giving little attention to its psychiatric aspects and the psychological consequences of this life stage. This is despite the fact that this stage has a significant psychosocial impact.

Knowledge of perinatal mental health is fundamental because it shines light on topics of significant, current social relevance, including childrearing, maternity and paternity leaves, shared custody, care of adopted children and the debate over gestational surrogacy. Contrary to popular belief, babies remember what happens in the perinatal period, and this unconscious memory has a profound influence on their long-term psychiatric development, and by extension the development of society.

Approximately 10% of mothers worldwide suffer from postnatal depression and/or anxiety, while around six percent experience posttraumatic stress disorder (PTSD) as a result of their childbirth experience. A small percentage of these can develop into more serious psychiatric disorders, while in many more cases there can be psychiatric suffering and problems with bonding and attachment. Currently these problems are not detected at healthcare visits, nor are they diagnosed or treated. The inevitable psychosocial consequences of such inattention include transmission of problems to future generations.

The objective of the Institute is to contribute to an improvement in the attention given to mothers and families during pregnancy, childbirth and the postpartum, in order to support the development of programs staffed by multidisciplinary teams capable of detecting and either adequately treating or referring out mothers who are presenting with emotional problems, without necessitating the separation of mother and baby or the cessation of a desired breastfeeding relationship.