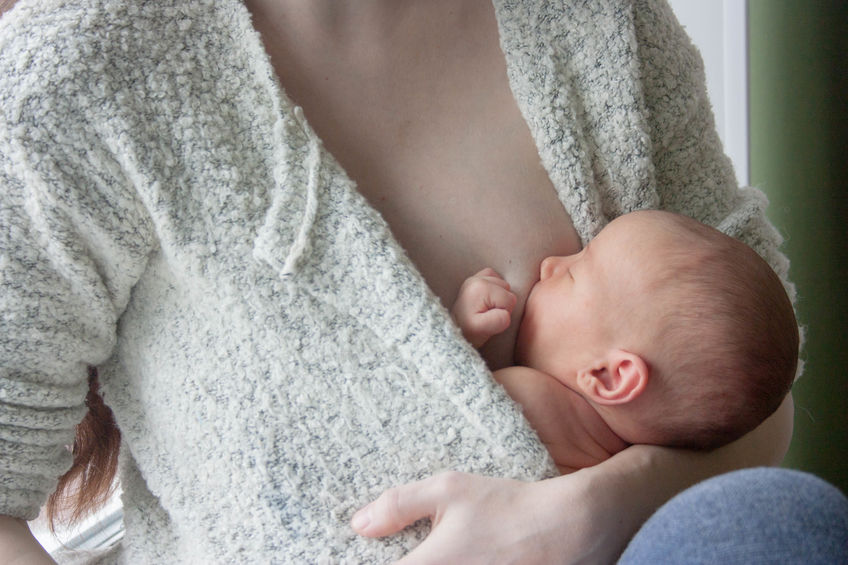 As the world prioritizes physical distance to detain or slow down the spread of coronavirus (COVID-19), a new study from Florida Atlantic University shows that physical contact between mother and infant is essential for optimal neurological development, maturation and regulation during infancy.   Mother-infant dyads show high oxytocin levels and are less impacted by stress, which suggests that regulating experiences during infancy may favor and mature the capacity for self-regulation.

A randomized control trial was conducted to investigate the effects of skin-to-skin, chest-to-chest contact (kangaroo care, KC) in mother-infant dyads on patterns of term infant brain activity and associated mother-infant neurohormonal releases. Scientists examined brain patterns (EEG) along with oxytocin levels and cortisol reactivity in infants who received 6 weeks of KC compared to infants who received standard care during the first 3 months of life.

Oxytocin is the essential hormone for bonding, and also necessary for nurturing care and affective behavior. Cortisol reactivity is part of the stress response and defense system.

For the study, the mother assigned to the KC group received a special baby wearer and a certified monitor taught them the correct procedure. Mother were asked to wear their babies in skin to skin contact on their chest, one hour a day for 6 weeks. They were given diaries to keep track of the frequency of KC. Mother in the control group received pillows and infant feeding diaries, and were asked to register their infants ‘feeds during 6 weeks. Babies were equipped with a special cap to register brain EEG activity during a moment of quiet alert, for five minutes, at three months. Oxytocin was measured in infant and mother urine, and cortisol reactivity was measured in infant saliva before and after being exposed to a mild stressor.

The results of the study, published in Infant Behavior and Development, afford evidence that mother and infant psychophysiology is influenced by early care strategies. “We wanted to know if exposure to tactile stimulation would elevate peripheral basal oxytocin and reduce reactivity to cortisol in the infants of our study,” said Nancy Aaron Jones, Ph.D., main author, associate professor and director of WAVES Emotion Lab, which investigates biological and socio-emotional factors that influence development, specifically focusing on the processes by which individual differences in emotional resilience and maternal psychopathology influences infant and childhood development. Dr. Jones’ research is built on the developmental psychophysiological theory that both biological and social factors interact during development and influence our emotional lives.

“We also wanted to explore if Kangaroo Care elevates oxytocin in mothers, which could have profound implications in postpartum depression.”

Findings showed that babies´ left frontal lobe (area of the brain engaged in higher cognitive and emotional functions) is stimulated by skin to skin contact. Also, mother-baby dyads showed high oxytocin levels and are less impacted by stress, which suggests that regulating experiences during infancy may favor and mature the capacity for self-regulation

The results from this and other studies show that physical contact in early infancy has a favorable influence in neurological development, neurobiological functions as well as mother-baby bond and maternal wellbeing. “Our findings in several studies show a relationship between maternal nurturing and sensitivity and quality of the bond and neurodevelopment, which predict higher capacity for regulation and a secure attachment.”