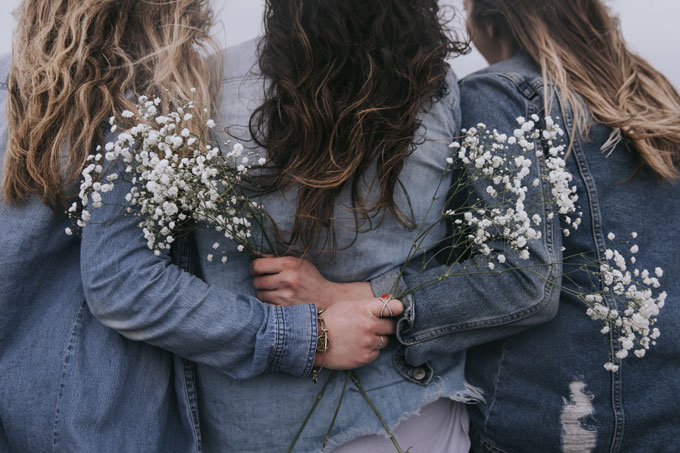 Maternity is a time of deep transformation, both of the brain and of the psyche, and of course a physical feat of strength. This makes postpartum an intense path to travel, one that is better tread in the company of other women.  And this is not simply something women crave: more and more scientific evidence supports the important psychosocial role of women friends – comadres, or co-mothers, as they are traditionally called in Hispanic tradition. Specifically during the neonatal period, peer group support plays a major role in the promotion of wellbeing and in the protection from mental illness. A new study from London analyzes the positive impact on mental health and wellbeing of a program that trains mothers to support other mother with similar experiences.

An ongoing study from the NCT (National Childbirth Trust) and the City, University of London, has detected that mothers with emotional difficulties that received the support of other mothers showed better mental health and wellbeing: their scores for anxiety and depression were significantly reduced and they felt less isolated.

The mothers in the study were part of a peer support program form the NCT Parents in Mind, for women with mild mental health issues, or risk factors, during pregnancy or puerperium. They can reach the program through their health care providers, or sign up on their own. During the training, there are taught empathic listening, how to offer emotional support, and what community services to point out to mothers who are in need. So far, 77 volunteers have offered support to 200 new and expectant mothers. The project was subject to external evaluation by researchers Jenny McLeish and Susan Ayers, of City, University of London. Using the validated HADS scale (for Hospital Anxiety and Depression) they observed significant reduction of median scores: from 13.07 to 10.53 (-2.53) for anxiety and from 8.8 to 6.29 (-2.5) in depression. With this descent, median scores reached normal limits.

Two thirds of mothers who received this support had lower anxiety and depression scores; many explicitly stated that the support received from other mothers was the reason for their better mood. 86% of participants mentioned that the program had helped them to feel les isolated and lonely, given them tools t know where to find help if necessary, and let them know there was someone to count on to talk to and who would understand. For 74%, the program had given them hope for the future.

The 2019 State of Motherhood Survey from the United Sates, states that one third of women believe they need help with their mental and physical health, and 26% of women look to other women for inspiration. Knowing how many mental illnesses go undetected and undiagnosed, creating spaces where women – mothers – can offer each other support might be a way to ensure they receive the orientation and support they need.

Professor Susan Ayers pointed out that mother-to-mother support is different from healthcare support, but can be effective in promoting maternal mental health.

Countries like the United States are beginning to recognize this distinction and are promoting training programs for peer support, like the SISTER, The Postpartum Society of Florida for mothers that have survived a postpartum mental illness. Some of these programs even give volunteers access to a certification that recognizes their work in the healthcare system.