My body does not forget 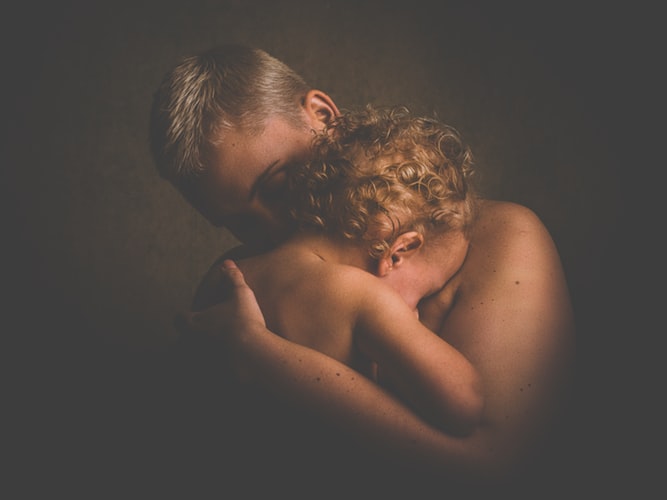 My body spoke to me again, last night while I was calmly reading a novel about maternity. As a traumatic birth was described, after which mother and infant were separated, I felt an intense pain in my pelvic area; I had not been so uncomfortable in a long time, and I tried to ignore the feeling – but no, the scar yelled at me louder so that I would not look away.

At first I did not grasp the reason for the sharp pain, but as I kept on reading I understood that what the author was relating was quite similar to the experience I suffered ten years ago. The episiotomy bugged me like an unwanted memory, and along with it a painful emptiness that I thought was long healed. I jumped up from the couch, I needed to see my son. He was placidly asleep in his bed; I lay down beside him, caressed his face, kissed his cheek. He did not seem to mind my being there, so I stayed.

I don’t know what happened, I began to cry and I hugged him and I whispered the same words I had whispered that morning ten years ago when we were reunited after he was taken away at birth: “we will not be separated again, I swear.” My body was aching, not as much as that other day, but the sensation was so similar that I was surprised.

Mothers ache, we ache after years, decades, generations. Some grandmothers ache at what their daughters go through to birth their grandchildren. I ache, you ache, we ache, and we ache when we read about other mothers´ aches.

My intuition tells me this is also a way in which we heal.

Crying beside other mothers about what our bodies speak of, but that our souls hid to banish the ache.

For years we have known about psychic transparency

an altered mental state, characterized by a lowering of the usual defenses against the repressed unconscious and the parallel surfacing of reminiscences, fantasies, and representations.

Psychic transparency gives us the chance to heal once more, as those vivid memories come up we get the chance, once again, to work with them, to heal a little more. And so, in small doses, mothers can heal the ache of separation, of what was done to our powerful bodies that became, after mistreatment, sewn-up rags in the hands of those who did not know or did not want to know better.

With each tale we read, with each labor we envy, with each child our sisters birth, we feel and let go, and in letting go, we heal.

What an opportunity to turn aching into power, what gratitude to this body of mine that speaks its mind and tells me what I need to hear if I want to feel better, that tells me of its anger at things that should not have been done, that should not be done to mothers and babies but are still being done; difficult to ignore the need to yell, to rage, to cease to be an obedient girl and become a powerful mammal that will not be quieted.

I search for my scar, find it, feel it, if I could I would kiss it. I don’t want another to do so, I would love myself down there where I was cut, to heal my broken skin with kisses, to heal my soul where it was cracked by my child being taken away from me.

I understand now my need to reconnect today, to listen to my once broken body; today is almost your tenth birthday, my son, it is almost the anniversary of your birth – and of my birth as your mother.