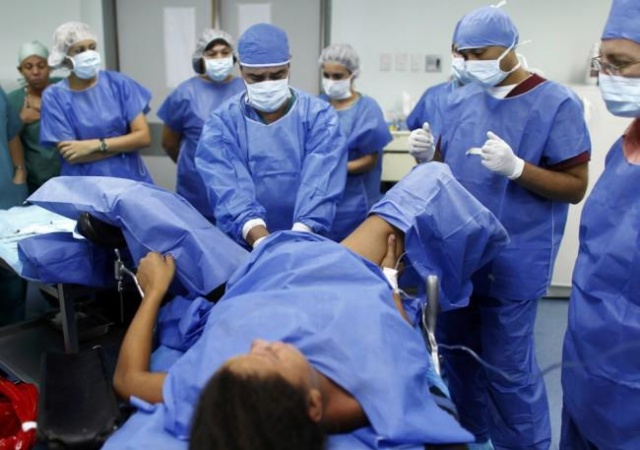 Childbirth can be a traumatic event for many women. Different studies have found a high prevalence of trauma symptoms following childbirth. In a British study, up to a third of all women reported that labour was traumatic and that they feared they or their babies would die or be seriously injured (Soet, Brack and DiIorio 2003). Population-based studies from Australia and the UK indicate that between 1% and 6% of women will develop complete post-traumatic stress disorder (PTSD) following childbirth (Creedy, Shochet and Horsfall 2000; Ayers and Pickering 2001). In the US, a national survey found 18% of women were experiencing elevated levels of PTSD symptoms (Beck et al. 2011). Approximately 35% of women present some degree of PTSD symptoms postpartum (Soet, Brack and DiIorio 2003; Creedy and Shochet 2000; Allen 1998) .

Birth trauma has been defined as “Actual or threatened injury or death to the mother or her baby” (Beck 2008). Many healthcare professionals ignore or do not recognize the signs of psychological and emotional trauma (Beck 2004). As Beck states, “Birth trauma lies in the eye of the beholder,” implying that birth trauma is what women view to be traumatic during their childbirth experience (Beck 2004). A traumatic birthing experience is often accompanied by fear, helplessness and terror, and is subsequently associated with a range of thoughts including vivid memories of the event, flashbacks, nightmares and irritability (Ayers 2004; Olde et al. 2006). It can have a severe impact on women and their families.

Qualitative studies have shown that a main issue for these traumatized women was the inadequate quality of care (Allen 1998). A meta-ethnographic analysis of studies about women’s perceptions and experiences of a traumatic birth reported that women are often traumatized as a result of the actions or inactions of midwives, nurses and doctors (Elmir et al. 2010). In that review, women described having no control over their birthing experience. Their opinions were ignored and they were subjected to authoritarian decision-making. Women also felt healthcare professionals failed to consider them as individuals with a right to make informed decisions (Thomson and Downe 2008). They felt betrayed, and some indicated that they agreed to procedures such as epidural analgesia and vacuum extractions in an attempt to end the trauma they were experiencing (Goldbort 2009). The care received was sometimes experienced as dehumanizing, disrespectful and uncaring. Words such as barbaric, intrusive, horrificand degradingwere used by the women to describe the mistreatment they received from healthcare professionals (Thomson and Downe 2008). Other participants talked of feeling like a “lump of meat” or a “slab on a table” when describing the dehumanizing way in which they were treated during birth and described a total lack of acknowledgement of them as humans (Beck 2004; Thomson and Downe 2008). They wanted the ordeal of birth to end, with thoughts of death as a way to escape from the intense pain and trauma (Thomson and Downe 2008). Many held vivid memories of the experience of a traumatic birth for many years. It is possible that abusive care can have a bigger impact when it happens during childbirth, a time when the maternal brain is imprinted with specific neurohormones that make it ready for initiating attachment.

In sum, the findings of the studies indicate that women are often traumatized as a result of the actions or inactions of midwives, nurses and doctors (Elmir et al. 2010).

Childbirth activists have given a different perspective to define this mistreatment of laboring women by health providers and to make visible the emotional sequel of such care. Interestingly, abuse has been named almost solely by people who define themselves as childbirth activists, such as Susan Hodges (President of Citizens for Midwifery) or midwife and homebirth advocate Shelia Kitzinger. It is worth mentioning that childbirth activism is frequently a sequel of traumatic childbirth (Sawyer and Ayers 2009). According to Hodges, naming the abuse that many women experience in labor is the first step to stopping the problem. For Hodges, drugging or cutting a pregnant woman with no medical indication is an act of violence, even when performed by a medical professional in a hospital. Inappropriate medical treatment, such as the practice of administering Pitocin until the baby goes into distress (and cesarean surgery is called for), is also clearly abusive, although few women are aware that this is deliberate mistreatment (Hodges 2009). Kitzinger highlighted that for some women, birth is experienced as rape and that many women suffering from traumatic birth display similar symptoms to rape survivors (Kitzinger 2006). The term birth rapehas been used by women who feel that their bodies have been violated and that they have been coerced into consenting to procedures without being informed of the details and accompanying risks.

It is difficult for healthcare professionals to accept the term rapewhen talking about childbirth in a medical setting. However, birth attendants are often also traumatized by this very insensitive care. Nurses may feel powerless to intervene. In a recent study by Beck, 26% of obstetric nurses met all the diagnostic criteria for screening positive for PTSD due to exposure to their patients who were traumatized (Beck and Gable 2012). Being present at what L&D nurses termed abusive deliveriesmagnified their exposure to birth trauma. In that qualitative study, nurses frequently used phrases such as “the physician violated her,” “a perfect delivery turned violent,” “unnecessary roughness with her perineum,” “felt like an accomplice to a crime” or even “I felt like I was watching a rape.” The guilt that ensued when nurses felt like they had failed their patients when they did not speak up and challenge/question the obstetricians’ practices was very distressing (Ibid).

Venezuela was the first country to recognize obstetric violence as a legal term. The “Organic Law on the Right of Women to a Life Free of Violence” was published in Venezuela’s Gaceta Oficial(Official Gazette) in March 2007 (D’Gregorio 2010). In Article 15:19, obstetric violenceis defined as “…the appropriation of the body and reproductive processes of women by health personnel, which is expressed as dehumanized treatment, an abuse of medication, and to convert the natural processes into pathological ones, bringing with it loss of autonomy and the ability to decide freely about their bodies and sexuality, negatively impacting the quality of life of women.” Article 51 establishes that:

The following acts implemented by health personnel are considered obstetric violence: (1) Untimely and ineffective attention of obstetric emergencies; (2) Forcing the woman to give birth in a supine position, with legs raised, when the necessary means to perform a vertical delivery are available; (3) Impeding the early attachment of the child with his/her mother without a medical cause thus preventing the early attachment and blocking the possibility of holding, nursing or breastfeeding immediately after birth; (4) Altering the natural process of low-risk delivery by using acceleration techniques, without obtaining voluntary, expressed and informed consent of the woman; (5) Performing delivery via cesarean section, when natural childbirth is possible, without obtaining voluntary, expressed, and informed consent from the woman.(D’Gregorio 2010)

Starting the dialogue around obstetric violence can help close the circle and end the violence by understanding the close link between PTSD and traumatic symptoms following childbirth, the abusive care received and the causes that produce that type of care, as well as the hidden emotional pain many birth attendants carry within their souls. Models of midwifery-led care can increase the continuity of care and facilitate women’s active participation in their birth experiences. Ongoing dialogue between consumer groups and health care professionals is a necessary task in ending obstetric violence.

(5) Allen S. A qualitative analysis of the process, mediating variables and impact of traumatic childbirth