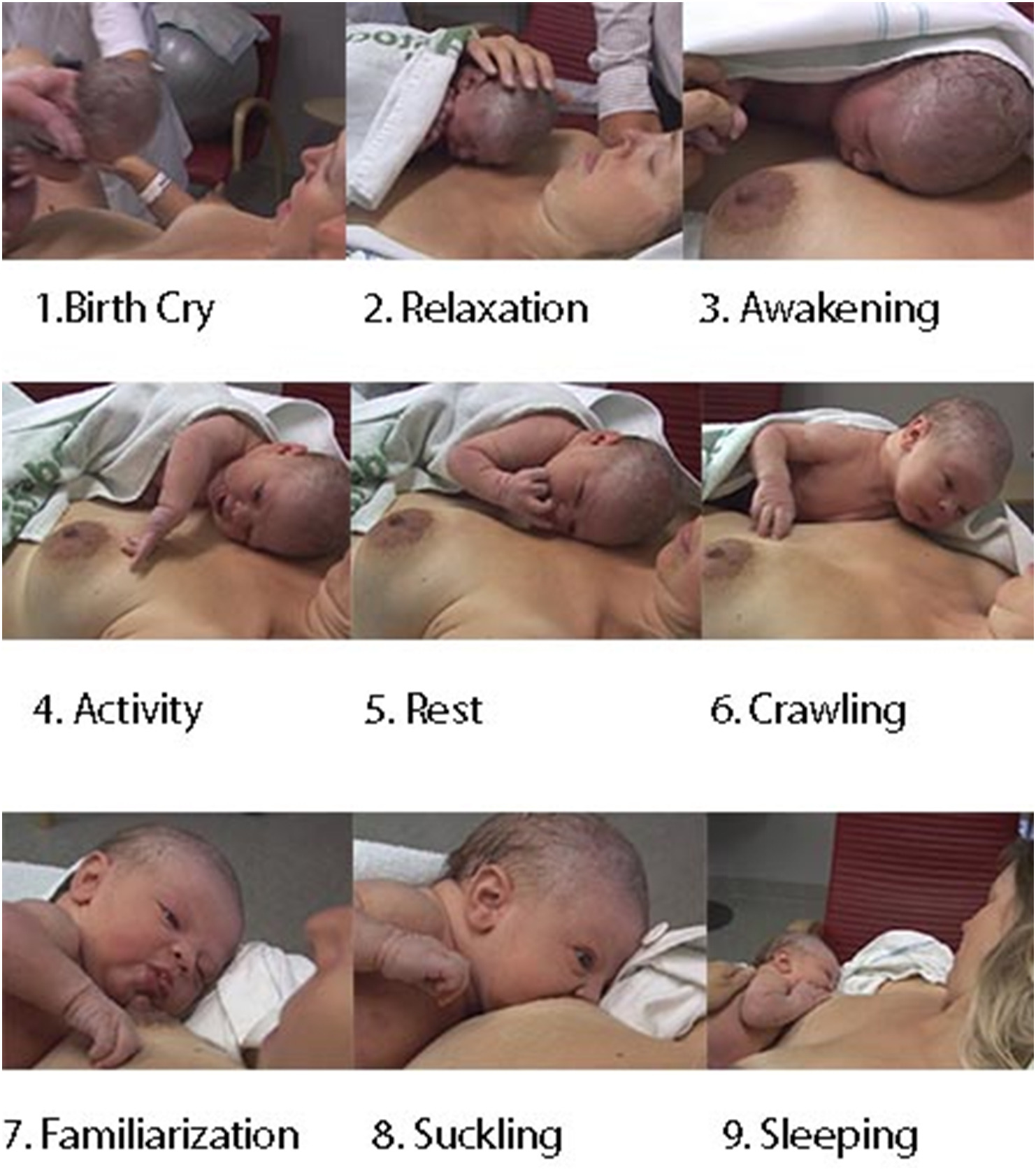 Newborns have a series of highly conserved neuroendcrine behaviours that we see as the “breast-crawl”, when babies placed skin to skin on their mothers immadiately after birth crawl to the breast, attach and suckle. This behaviour has been called Widström’s 9 Stages of Newborn Behavior. A recent study by Widstrom´s group found a strong inverse correlation between intrapartum exposure to fentanyl and synthetic oxytocin (synOT) and the normal behavior of an infant, as measured by time in each Stage.

Skin-to-skin contact after birth between mother and baby has immediate and long-term advantages. Widström’s 9 Stages of Newborn Behavior offer an opportunity to evaluate a baby in the natural, expected and optimal habitat. Intrapartum drugs, including fentanyl administered via epidural and synthetic oxytocin (synOT), have been studied in relation to neonatal outcomes with conflicting results.

The aim of the study was to determine the effects of common intrapartum medications on the instinctive behavior of healthy newborns during the first hour after birth through a prospective cohort study.

The researchers video recorded sixty-three newly-born term infants during the first hour after birth while in skin-to-skin contact with mother. They coded and analyzed videos using Widström’s 9 Stages, comparing with the labor medications mothers received.

Thery were divided into 4 cohorts:

1) exposed to no synOT or epidural fentanyl during labor,

2) exposed to fentanyl (but not synOT),

3) exposed synOT (but not fentanyl),

4) exposed to both fentanyl and synOT.

After analyzing the data, a strong inverse correlation was found between intrapartum exposure to fentanyl and synOT and the normal behavior of an infant, as measured by time in each Stage.

The authors conclude that intrapartum exposure to the drugs fentanyl and synOT is associated with altered newborn infant behavior, including suckling, while in skin-to-skin contact with mother during the first hour after birth. Widström’s 9 Stages offer an opportunity to analyze newborn behavior whilst in the optimal habitat of the infant.

Healthcare professionals should have the practical and emotional tools to help mothers achieve a physiological birth, and use medications only when stricktly necessary and not as part of a generalized and impersonal protocol.

The effect of labor medications on normal newborn behavior in the first hour after birth: A prospective cohort study