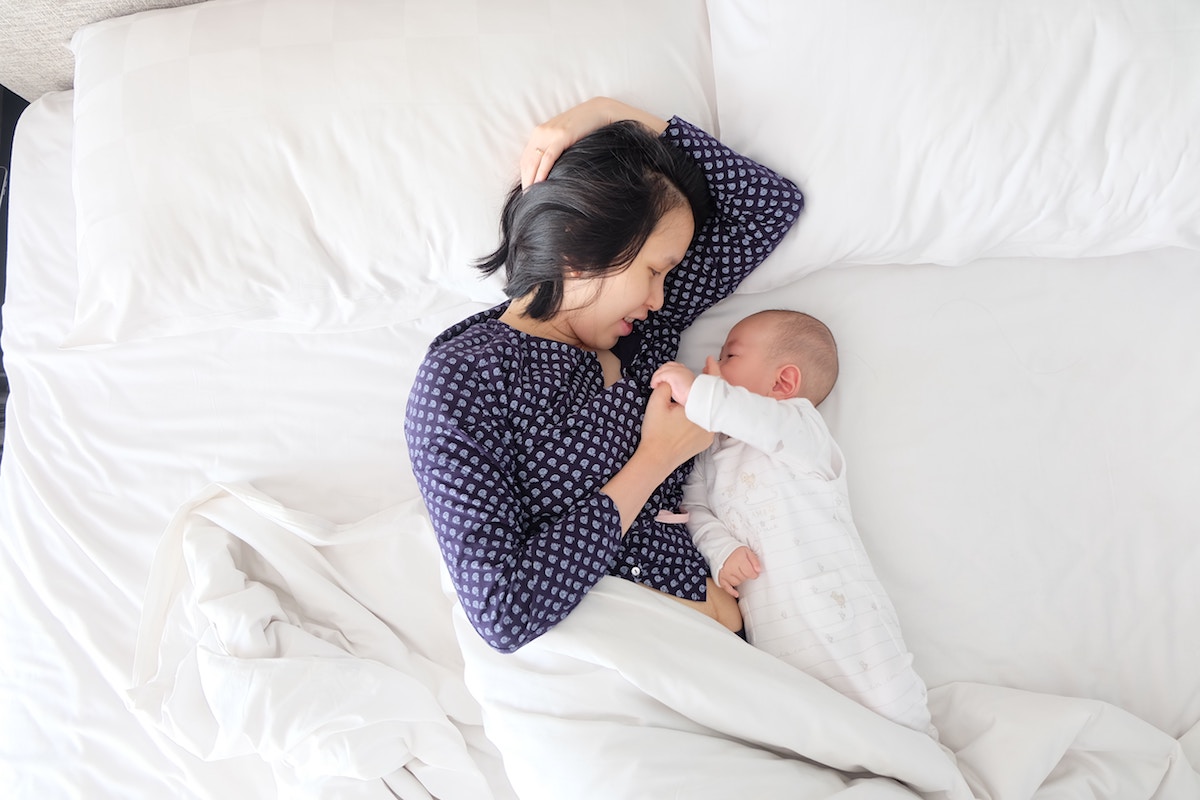 Breastfeeding today seems to be more difficult than mothers imagine or expect. In a North American study, of 1500 mothers who expressed their desire to exclusively breastfeed, only 39% were managing to do so at two months postpartum  (Gregory, Butz, Ghazarian, Gross, & Johnson, 2015). The ones who had not attained their breastfeeding goals  had a higher risk of developing depressive symptoms; this leads the authors to conclude how important it is for health care professionals (HCPs) to be aware of women´s expectations and take them into account in their care plans (Gregory et al., 2015). The reasons for which such few women attain their breastfeeding goals are multiple and complex. It is important to analyze breastfeeding promotion strategies from different optics, including those social and cultural.

Browsing the Internet, one may find mother to mother support groups with names as eloquent as “Guilt free bottle feeding” [1]. In her book in, Bottled up,Suzanne Barston, founder of this site, explains her frustrating experience with breastfeeding and the crushing feeling of guilt she felt when finally deciding to bottle feed her infant artificial formula. The book subtitle, How the Way We Feed Babies Has Come to Define Motherhood, and Why It Shouldn’t,relates the experience of many mothers who have felt pain, sadness, regret, impotence, frustration, guilt and shame after failing to breastfeed or giving up on trying to do so.

Scientific papers show that women who feel guilt for not breastfeeding their children think they are doing them harm (Thomson, Ebisch-Burton, & Flacking, 2015). Few studies have analyzed these mothers´ experiences. In their 600-mother study, of women who were partially or completely feeding their babies formula, Fallon y col. found that 56% of them had thought, during pregnancy, to exclusively breastfeed their babies (Fallon, Komninou, Bennett, Halford, & Harrold, 2016). 67% felt guilty about having bottlefed their babies.  An impressive 76% felt they had to justify defend their choice both to other mothers and to HCPs. Despite this, 67% felt satisfied with their experience and 36% felt supported by HCPs. Those women who started breastfeeding and then had to revert to the use of formula felt mora guilt and emotionally worse overall, than women who bottlefed from right after birth.However, this second group reported a higher perceived stigma for choosing to bottlefeed formula (Fallon et al., 2016).

Guilt as a symptom of depression

Depressed mothers have a higher risk of discontinuing breastfeeding(Taveras et al., 2003). Depression elevates the risk of weaning through several mechanisms: at a cognitive level it makes breastfeeding more taxing as mother may not enjoy it, may think her milk is insufficient or may have difficulty interacting with her infant (Dennis & Moloney, 2009; Stuebe, Grewen, Pedersen, Propper, & Meltzer-Brody, 2012; Stuebe et al., 2014). Anxiousness and depression may lead the mother to worry obsessively for her baby´s health, the amount of milk she can produce and to try to rigidly control schedules, feeds and amounts, which will interfere with a normal breastfeeding experience. Inversely, mothers who begin their breastfeeding journey feeling pain or nipple wounds, which contribute to an inflammatory state, are at higher risk for depression (studies are showing the relationship between inflammatory states and depression).

Early weaning is a known risk factor for anxiety and depression in mothers, possibly related to the drop of some neurohormones in the mother´s brain (Ystrom, 2012).

Research shows us how certain types of births can impact the beginning of lactation, specially ifit is a medicated birth or a cesarean section, and if after it motherand infant are kept apart for hours or even days, initiating lactation can be difficult and frustrating.  Separating the baby form her mother in the first hours of life is highly stressing for the infant, but also for the mother.  Mammalian mothers naturally show aggressive behavior when separated from their offspring. Human mothers, when separated from their newborns, are not expected to show this behavior although they, too, have it in their genes. It is worth pondering if human mothers, who cannot externalize this aggressive behavior in the defense of their young (as the baby is being taken away with supposedly good medical reason) will interiorize this failure to defend their infant as a feeling of guilt.

In a qualitative study analyzing the experiences of mothers who referred suffering significant emotional discomfort in the postpartum period, breastfeeding difficulties were recurrent. For most, breastfeeding became a battle to be fought after a disappointing birthing experience.

Many described how they had expected it to be simpler; one mother stated it was “the hardest thing I´ve done in my life.”  These mothers reported the HCPs had informed them of the benefits of breastfeeding but had given them no practical support to face the numerous difficulties and doubts they encountered (Coates, Ayers, & de Visser, 2014).

In a study about breastfeeding with depression, a mother expressed the following:

“Breastfeeding was very important to me … A nurse made me feel terrible. Basically she told me I was hurting my baby by not giving him a supplement. My head kept spinning and asking my God, what should I do? Am I a horrible mother? Am I starving my baby? (Olson, Holstlander, & Bowen, 2014, p. 11).

The support offered by HCPs in these cases can be a step backward, since few of them detect or listen to maternal suffering. Some even suggest that if mother is depressed she should wean, as breastfeeding is “an unnecessary burden”, without understanding the true dimension of the issue.  (Olza, Serrano Drowselsky, & Muñoz Labián, 2011). Weissinger points out that labelling what others feel when they do not achieve their breastfeeding goals “guilt” is incorrect. It should be labeled anger, resentment and regret or grief (Wiessinger, 1996).

Even though breastfeeding is usually described as an intimate, satisfactory experience, it often is not. For many women it is painful or bothersome. Women who are sexual or emotional abuse survivors may have flashbacks or intrusive memories from those past experiences, making breastfeeding especially difficult, or driving them to completely give up on breastfeeding(Kendall-Tackett, 1998).

Mother with a previous history of feeding disorders like anorexia or bulimia also feel more difficulties with feeding their infants, which might be an obstacle to breastfeeding (Torgersen et al., 2010). This makes the detection of these women from as early on as pregnancy a key factor, not only to expound on the benefits of breastfeeding but also to name all the emotional experiences that go with it.

More recently, studies have described a feeling of unpleasantness some mothers feel while breastfeeding, which may lead to a rejection of breastfeeding or even of the infant, apparently due to neurohormonal dysregulation(Watkinson, Murray, & Simpson, 2016).

It is important to remember that, for a small percentage of women, breastfeeding exclusively will be almost impossible because of true hipogalactia, or contraindications such as chemotherapy treatment. We must listen to these mothers´ voices when promoting breastfeeding, encompassing their experiences.

Some HCPs have qualms about promoting breastfeeding, as they feel afraid of making mothers who do not breastfeed feel guilty. In her article Exploration of Guilt Among Mothers Who Do Not Breastfeed: The Physician’s Role  Myriam Labbok analyzes HCPs´ responsibilities, as well as society´s at large, in the fact that so many mothers do not attain their breastfeeding goals (Labbok, 2008).The author states that breastfeeding is a mother´s right, but, especially, it is the baby´s right. (Labbok, 2006).

Given that being breastfed is a child’s right, the mother is placed in the position of duty-bearer to the child; no one else is able to take on this particular duty, save the mother. However, in the rights construct, the mother can only be expected to accept this duty if responsibility is also accepted by those around her to fully enable her in this role. It is therefore the responsibility of the family, the workplace, the health care provider, the third-party payer, and society as a whole to ensure that she has all necessary information and support that she may need to choose and succeed in breastfeeding. If this support is not provided, these others are the ones to bear the guilt of not fulfilling their responsibilities. No mother can or should be expected to fulfill this duty unless all fulfill their responsibilities to the mother. The guilty parties in this construct are policy makers, health care providers, and society in general(Labbok, 2008, 81).

Labbok points out that many physicians lack breastfeeding knowledge – but instead of acknowledging this lack, they prefer to tell their patients to bottlefeed formula. She also highlights the enormous economic benefit this means to formula companies, something that is not usually taken into account.